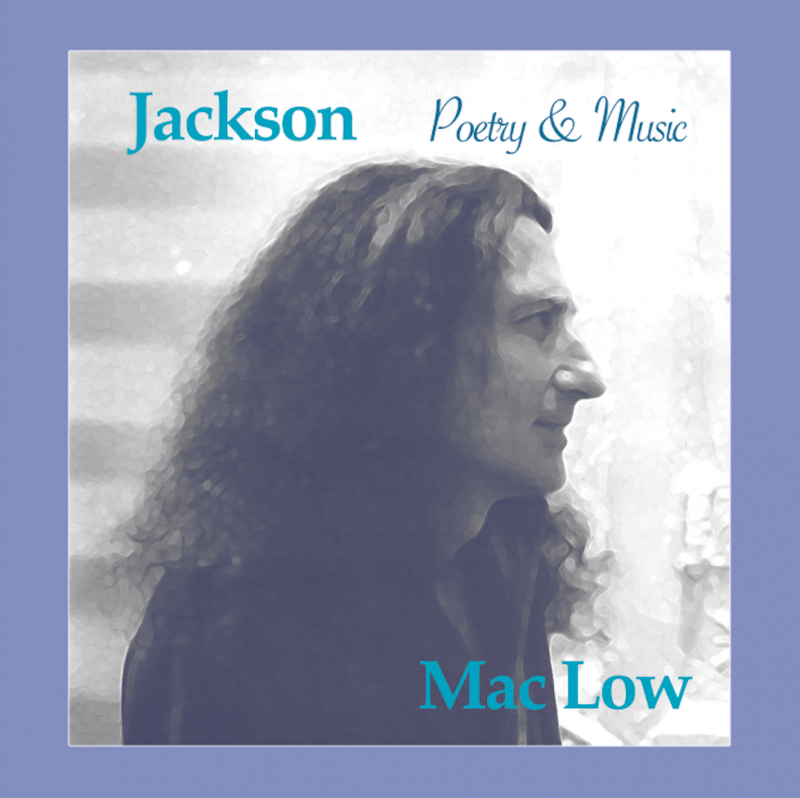 Last September, L.A. label Recital Program reissued Jackson Mac Low’s 1977 cassette tape, Poetry and Music, on CD. The release has since gone woefully under the radar. The album contains beautiful and rare recordings of four historic performances, which, together reveal some unexpected relations between poetic and musical practice. The context that surrounds this recent release is quite different from that of the original 1977 tape released on Charlie Morrow and Ondina Fiori’s tape label, New Wilderness Audiographics. The nature of the recordings raises questions about whether the rigor and lucidity that Mac Low once envisioned has been maintained. But this volatility of meaning is itself aligned with the spirit of Mac Low’s work and these pieces in particular.

In the opening recording of the album, “A word event for Bici Forbes on the word ‘environmentally’” (1971), the performers, Jackson Mac Low, Bici Forbes, and Spencer Holst, methodically enact an uncanny mode of meaning-making. In the initial lines and even the first couple of minutes, the logic may seem a bit tenuous: “Arrive time ­­— I’ll arrive! — I… me? — Nile men. — rile lightly — tile a Nile, mile — run a ton of money.” This is a “word event” à la Fluxus artist George Brecht, an improvisation off of a score (in this case a chart of the words and sounds that emerge from the letters and phonemes in “environmentally”) as well as a set of instructions on how to perform the piece. Some disorientation is inevitable. Stated simply, however, the piece deconstructs the word “environmentally” into its constituent sounds and proceeds to build up a sonic world that is neither stable nor predictable but nonetheless resembles the original word’s meaning.

In a 2001 interview published in Jacket Magazine, Mac Low once said that his writing and performances attempt “to let what’s there be; especially letting words, linguistic units, be, not making them carry a burden of my thoughts, my feelings, or whatever.”[1] In “A word event for Bici Forbes on the word ‘environmentally’,” the performers bring their respective experience to the table, but they also carry out this project of exposing secrets already imbued in their shared language.

The word “environmentally” is both the perfect phonemic fodder for the bonfire that follows and the ideal philosophical structure for the three performers’ improvisations. It is important that instead of the words “environment” or “environmental” Mac Low chose to structure the word event around the adverbial form, “environmentally,” a condition of some undefined action or predicate. The composition does not analyze any one static or even hypothetical environment; nor does it reconstitute the adjective associated with those ideas. Instead, the starting point for the work is a fuzzy concept that I mostly associate with certain phrases like “environmentally-minded” or “environmentally speaking.”

At this point one might begin to wonder what position this piece — composed nine years after the publication of Rachel Carson’s 1962 landmark environmental science text Silent Spring — takes toward environmentalism as a movement and toward the environment itself.  Mac Low certainly knew he had his finger, here, on an important concept and this performance is an exercise in exploring just how far the performers could take it.  Words inevitably influence our perception of our environment as well as the environment. The poet’s efforts to delve inside of this one word, “environmentally,” offer a tongue-in-cheek, epistemological excavation of the grasp our words and letters have on the world around us (or lack thereof). The tenor of the climate crisis has obviously changed in the last 50 years, and while I could spend several pages relating this piece to contemporary ecopoetics I find I have too much to say about this album proper.

I’ll skip, for now, over the girth of the album to the last and shortest track: a steady stream of utterances from Mac Low over arrangements for piano and clarinet, his lone voice drawing out the sequential sounds in the word “bicentennial.” The track is part of the same series, “Word Event(s) for Bici Forbes,” and the same structuring principles apply. This is also the latest recording (1976) on the album and the only one to feature just one voice. Though not originally included in the event instructions, the addition of musical instruments follows the logical system of the composition’s event instructions to its extreme. The conceptual boundaries between music and speech dissolve.

On all but that final track, the production by Recital Program label head, Sean McCann, and Mac Low’s friend and colleague Charlie Morrow regularly supports the impression that the performers are interrupting themselves and one another from different parts of the room, perhaps with differently mixed microphones. The effect is not heavy-handed but rather accentuates the diversity of intonation and enunciation that emerges from the same voices in the course of the performances. The voices seem to even surprise themselves with what they achieve, and they fuel each other’s refraction into further and further depths of exploration. For just that reason, this album would be close to impossible to fully swallow in one sitting.

This subject of difficulty draws me momentarily back to a passage from Mac Low’s instructions for this group of word events (which he dedicated to Fluxus artist Bici Forbes, who has since changed her name to Nye Ffarrabas):

Produce the sounds separately and variously combined — everything from single phonemes to whole sentences.

Vowels, nasals and liquids shd often be prolonged as long steady tones or true pitches or as ornamentations or micromelismata around such tones.

A performance can last any length of time but should have enough duration for the development of the word’s or phrase’s possibilities.[2]

Mac Low’s composition is an open prompt to himself and others for improvisation and bizarre combinations. The event instructions allow for as many permutations as possible while still managing to maintain a simplicity of process. Only having listened once or twice to the album and not yet having seen these instructions, I already felt equipped to take on my own word event in Ffarrabas’ honor (perhaps on the word “Dionysian,” whose sounds and meanings seemed appropriate).

One reading of this album might see the participatory spirit of each track as occluded by the need to listen to and digest what is said. But in a more generous light, these recordings could be an even more radical spur for iteration, interpretation, and inspiration. Each performance on the album depends on the careful listening of its performers; outside the intimate setting of those performances, listening and listening again to these recordings allows one to re-envisage their trajectory and pick up where they left off.

Looking through the finding aid online for the Jackson Mac Low papers at the UCSD Special Collections, one begins to sense how little of the poet’s work has made it into common parlance. In the collection, there are writings, scores, reel-to-reel recordings, photographs, tax returns, a lock of his hair, and, perhaps most significantly, more than 40 years of correspondence with more people, more kinds of people, than I can mention here. Considering not only the physical existence of these documents but also the meaning of the work, I am flummoxed by what I consider an embarrassment of riches. And while there is no shortage of writing and compositions by Mac Low, his ventures in sound poetry, from tape collage to collective improvisations, are far less well documented.

The centerpiece of Poetry and Music is not actually either of the word events for Bici Forbes, but rather the two recordings of a piece whose title doubles as the performance instructions: “The text on the opposite page may be used in any way as a score for solo or group readings, musical or dramatic performances, looking, smelling, anything else & /or nothing at all” (1961). Both recordings were created in New York in ’66 with Mac Low and Jeanne Lee on vocals and, notably, Max Neuhaus and James Tenney on electronics. In the press release for the album, Sean McCann notes of the recordings that “it is fabled … they took Jackson’s voice and slowed it down to a guttural thunderstorm during playback, resulting in a manic blend of words darting through a black cloud of reverberation.” First comes the “Mono Recording” and then comes the “Eight Voice Canon Version,” with the recording piled onto itself in playback by Neuhaus and Tenney.

Whereas a large portion of Mac Low’s work was generated by a deterministic “writing through” of seed and source texts[3], it appears he generated the score for “the text on the opposite page” using other chance-driven techniques which I can’t fully account for here. An image of the score is included in the liner notes for the CD, and it is quite impressive to behold. A seemingly random scree of typed characters, frequently overlapping, covers an entire page. The density of the characters varies and there is significant negative space, which is then  interpreted within the recorded performances. The transition in the album between the interrogation of everyday language (in the pieces for Bici Forbes) and the chaotic involution of our alphabet points towards a certain demonic touch that is not as frequently recognized in Mac Low’s work. The staid Zen practitioner appears to have had a small devil on his shoulder.

Instead of dwelling for much longer on the form of these pieces, I think the takeaway is in how translation — from score to performance to recording — brings unforeseen idiosyncrasies into these works. Tenney and Neuhaus are at the same time instrumental and relatively incidental to this album. We are mostly just lucky that they ran in the same circles as Mac Low during that period in New York and that they found their way into the room. Happenstance is one of the many resources that graced Mac Low’s poetic output, and we, the audience of this release, benefit as much as anyone.

Lyle Daniel studies objects such as poems and sounds. He sometimes creates his own, and usually jots his notes when feeling flummoxed. He co-founded and edits Soap Ear.

View all posts by Lyle Daniel