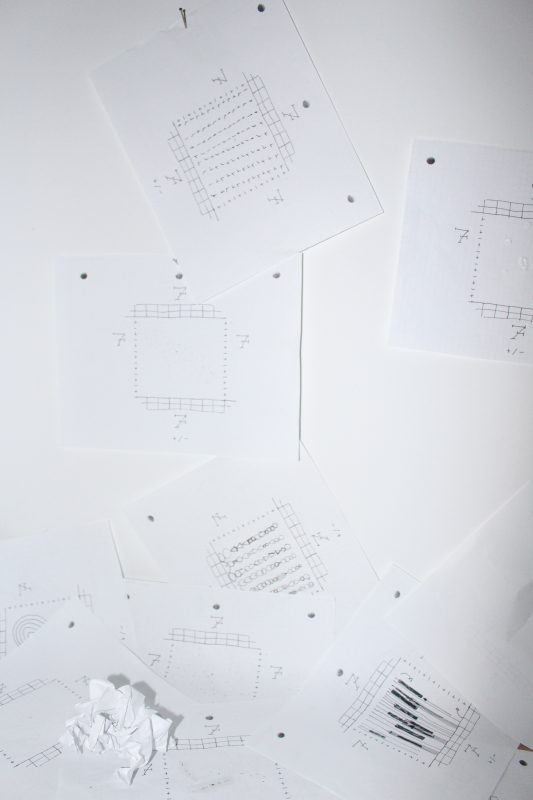 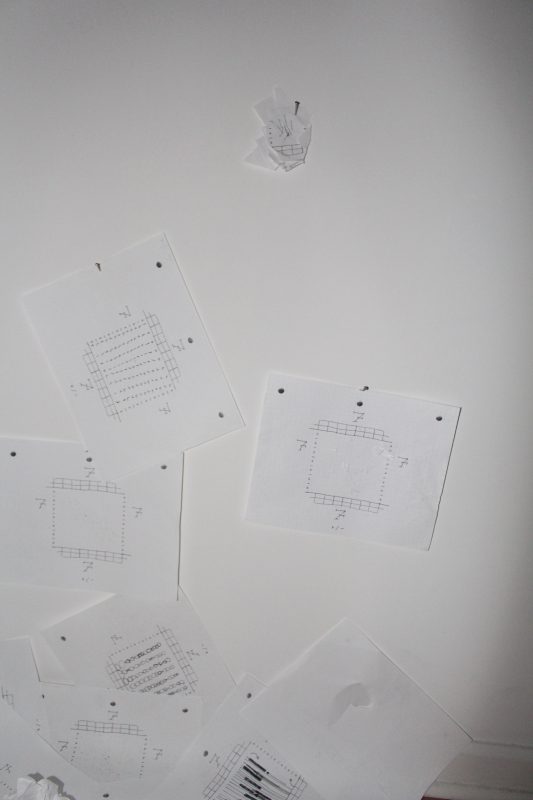 7 Intuitions 1 is a first attempt to open channels of communications with those close to us who have gone, left, never came. Thinking of the way a radio can capture the static existing in our world and transmit separate channels of communication through a radio dial, maybe a handmade static with its own signal could also be made to communicate with those who we can’t speak with in familiar/ physical ways. Through language of confusion we can speak more directly.

A staff was drawn to emulate a battery surrounded by magick symbols & numbers to spark and charge the transmission. Several friends were asked to write scores using this staff to obscure the intent of an individual & broaden the range of the signal. A haunted Tascam 4-track cassette recorder (holding the spirit & DNA of many close friends and collaborators) was used to record interpretations of these scores. 4-channels were recorded onto 7 separate c10s. These tapes were re-edited into a singular piece (23:23 randomly), re-interpreting the scores using the cut-up method as a guide to exploring new meanings through chopping up existing recordings. After this base of handmade, shared static was created, an organ drone was added to align the transmission with another place, as  drones have been historically used. Further symbolic & magickal sounds / recordings were added as signifiers & indicators to ground the signal of intention.

Recorded and assembled by Pat Murch between
September 2008 & September 2018
in Los Angeles, CA; Portland, OR; Atlantic Ocean off NC.

This is the first part in a group of interrelated series dedicated to the developing & hand-building of sub/super-static and signal. This is a process that will be endlessly repeated.

Recommended to be played as loud as possible through speakers. Put it in the air

View all posts by Pat Murch