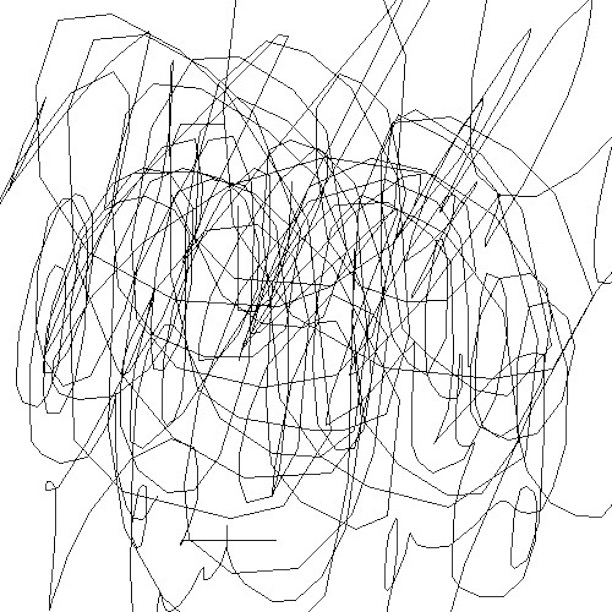 The type of system and its form, a term used to refer to the structure of a musical composition, make a significant difference in how a composer’s suggestions are interpreted for performance. However, when working with word systems, the form also affects how a reader or performer comprehends a piece. In fact, extracting meaning from language is so dependent on form that deviating from what is expected can completely change the way we read and absorb information. This added complexity is unique to word systems because words are one of the few compositional tools that can directly communicate an idea with the smallest margin of error and are often used to relay something more specific than is possible with other systems.

The comprehension of word systems can also be altered by the mode of performance. Whether a piece is read silently, aloud, recited from memory, improvised, or heard can not only change the way a piece sounds but the way a piece is understood. For instance, have you ever been listening to someone read a speech from a page or notecards and found it difficult to understand? Are you able to comprehend what you’re reading when you read aloud? Is it easier to understand something when you hear with your actual ears, with your mind’s ears, or see it with your eyes? How does the way words are written suggest comprehension or performance?

It could be argued that this theory applies to other systems. However, with word systems there is a fairly specific set of rules by which to gauge comprehension whereas with non-word systems there is more wiggle room when it comes to meaning. Mood or recognition of a familiar sound or reference is about as much meaning that can be extracted from a piece that uses a non-word system without some additional clues such as lyrics, program notes, actors, dancers, or some type of prop.

The next few exercises are pieces for reading to yourself, aloud, and listening. They don’t necessarily answer these questions above or prove anything in particular, but they are meant to explore the variations in meaning as it relates to sound, form, and performance.

The following examples are for experimenting with your aural understanding. Listen to the following tracks. These excerpts were chosen because they represent various styles of writing—academic, religious, poetic, first-person fiction, and improvised. Does the style of writing affect your understanding? Does a particular piece stand out to you? Does pacing or phrasing affect or imply anything?

In the present work an attempt will be made to connect the boundaries of two sciences, which,although drawn towards each other by many natural affinities, have hitherto remained practically distinct — I mean the boundaries of physical and physiological acoustics on the one side, and of musical science and esthetics on the other. The class of readers addressed will, consequently, have had very different cultivation, and will be affected by very different interests. It will therefore not be superfluous for the author at the outset distinctly to state his intention in undertaking the work, and the aim he has sought to attain. The horizons of physics, philosophy, and art have of late been too widely separated, and, as a consequence, the language, the methods, and the aims of any one of these studies present a certain amount of difficulty for the student of any other of them; and possibly this is the principal cause why the problem here undertaken has not been long ago more thoroughly considered and advanced towards its solution.

This is the text from track 1. Did you find it easier to understand while reading it to yourself? Was anything clarified by seeing it rather than hearing it?

These next texts are for experimenting with reading comprehension. Are there any changes when you read something more than once? Do things sound differently in your head versus when you read them aloud? When you read silently do you hear the words in your mind’s ear, or are you comprehending them visually? Are you categorizing anything in a particular way? Does formatting play a part in your comprehension or perception of tone and mood?

1.
Read the following paragraph aloud. Then read it silently.

Yesterday, I was driving home on the freeway, and there were a few large clouds that were heavy and black and hanging low in the sky. I could see the wind pushing the lighter wispy  white clouds around, and they were changing the patches of light that were creating patterns on the ground. The hills were bright green which is surprising because they are usually brown and dusty. As I drove further into the hills, there was a giant bright rainbow that reached over the freeway, and everyone was slowing down to look at it. It caused a lot of traffic, and at first, I thought there might be an accident. It was nice to find out it was only a rainbow.

3.
Try experimenting with the next few pieces however you like.

4.
Usually when I get to work in the morning, I
spend the first thirty minutes or so turning on my
computer and making tea and
peeling my two hard boiled eggs and
talking to my coworkers.

5.
It takes me about an hour
to get home from work everyday.
But for some reason,
I still like to sit in my parked car
In my garage
And check my phone
Before walking up to my apartment.

7.
My, least favorite, thing to do. Is getting, gas. I don’t know why, it’s. Such an inconvenience? To me, it only. Takes a few minutes. But I truly hate. It. Sometimes, I risk running! Out of gas, just because I really. Don’t want, to stop! At a gas? Station…

View all posts by Erin Demastes